At the 2018 E3 Expo in Los Angeles, Worldwide Distribution announced its successful return to the videogaming scene.

This latest venture is the result of a strong background and interest in video games. 40 years ago, when the first video game consoles were introduced into the market, Tolga Diethelm, CEO of Worldwide Distribution, imported the first consoles from Hong Kong. At the same time, he was a distributor of spare parts for textile production and cigarette making machines, which he sold on to Turkey. Since Germany was the only country to manufacture such machines at the time, there was a great demand.

The games business grew rapidly and Tolga focused all of his activities within this field, rapidly developing from a small mail order dealer to a wholesale dealer with a retail business.

Every new console introduced to the market was available in his store at a special midnight sale opening.

Tolga also conquered the American and the Japanese markets and was always one of the first to offer imported goods in Germany.
The high point of all was Medal of Honor for the original PlayStation, written by Steven Spielberg and released in 1999, for which Tolga acquired an exclusive marketing license for Germany, Austria and Switzerland. Medal of Honor was universally critically acclaimed, performed very well and spawned a host of sequels across subsequent console and PC generations.

Another highlight came a few years later, in 2001: the first midnight sale of an Xbox-exclusive game called “Halo: Combat Evolved”, which he organized in cooperation with Mediamarkt for Microsoft Germany, and of course went on to become another critical and commercial hit.

Later, Tolga was a driving force in a campaign of stadium advertising with the German soccer club VfB Stuttgart (in cooperation with Sony Playstation Germany). Other collaborations with Sony Playstation Germany would include advertising with both Formula 1 McLaren Mercedes and RTL the Dome. Tolga also managed music events in the famous Schleyer Halle venue, Stuttgart.

More recently, Tolga has branched out into new areas to face a new challenge: the production of turned parts. His company was initially very small, but his international presence, strong business acumen and focus on building solid relationships with partners and customers enabled him to quadruple his sales volume in a short space of time.

Worldwide Distribution, the summit of Tolga’s market knowledge and experience, was established with the goal of leveraging his worldwide network and enabling businesses to gain ground both domestically and abroad, as well as provide them with the opportunity to break into the mainstream. 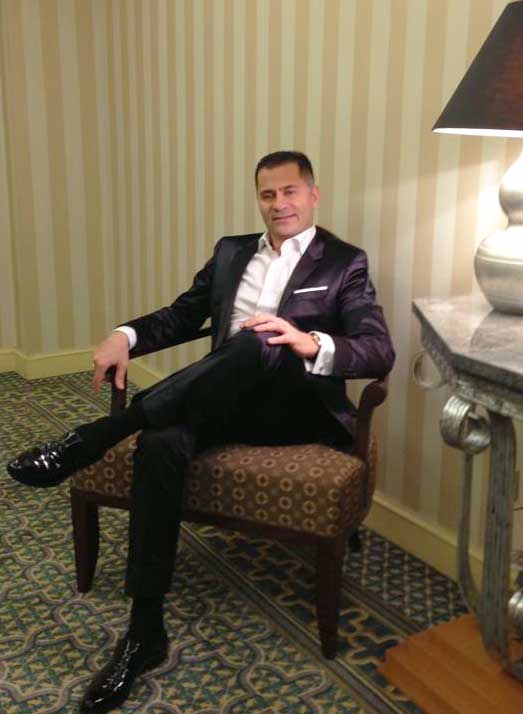